Position, vibration, and fine touch sense information of most of the body, except the face and a few other parts of the head, travels along axons from the periphery to enter the spinal cord, and then ascends in the ipsilateral posterior column of the spinal cord. Axons carrying this information from the legs and lower torso bundle together in a tract called the gracile fasciculus, which makes up most of the posterior columns of the lower spinal cord, and the medial part of it in the upper spinal cord. 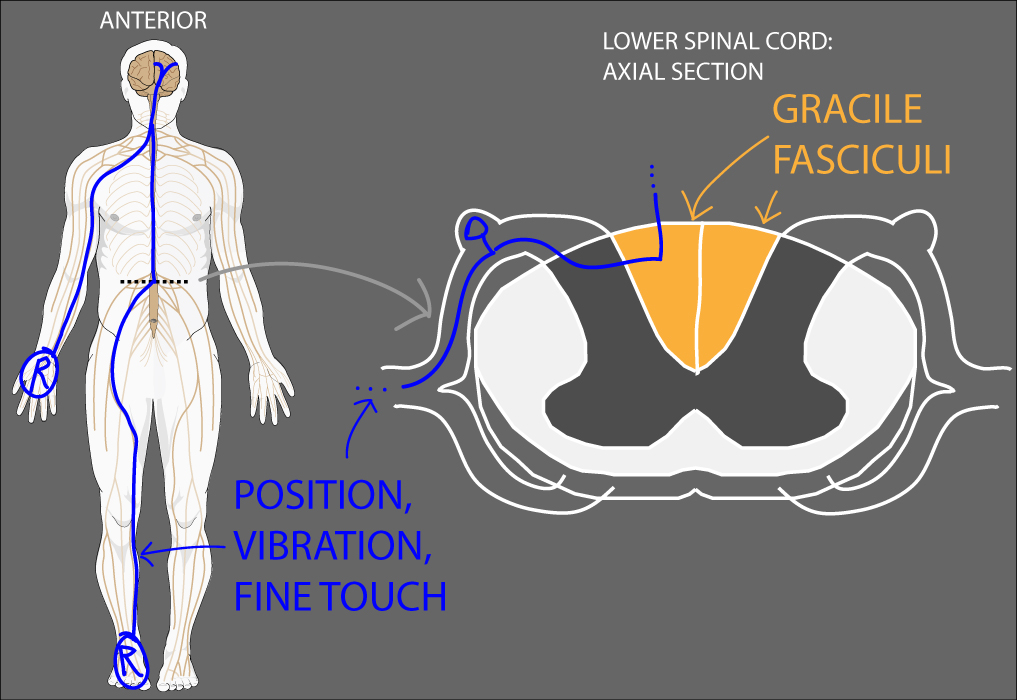 Axons carrying this information from the arms, upper torso, and neck bundle together in a tract called the cuneate fasciculus, which makes up the lateral part of the posterior columns in the upper spinal cord. 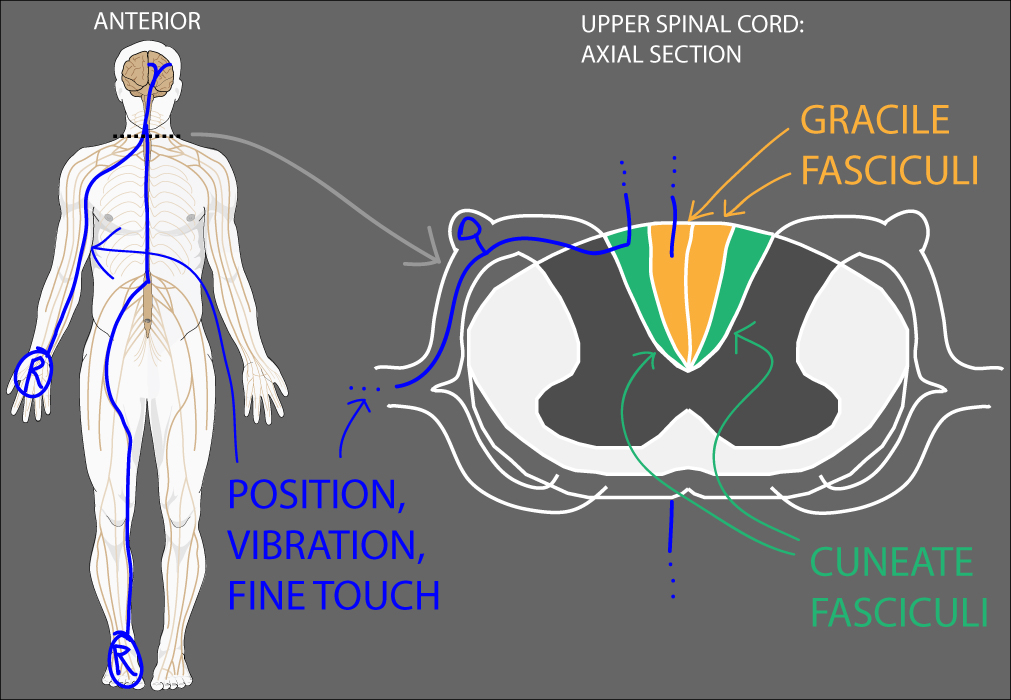 These axons synapse in the gracile and cuneate nuclei in the lower brainstem. Axons from neurons of these nuclei, which are the second in this chain, decussate and ascend the brainstem in a tract called the medial lemniscus, until they synapse in the thalamus. Abnormalities of these functions will be ipsilateral if a lesion occurs before the decussation of this pathway, or contralateral with lesions after it. Axons of the third neuron in the chain, called the somatosensory thalamocortical tract, travel from the thalamus to the primary somatosensory cortex, from which neurons project to association somatosensory cortices. 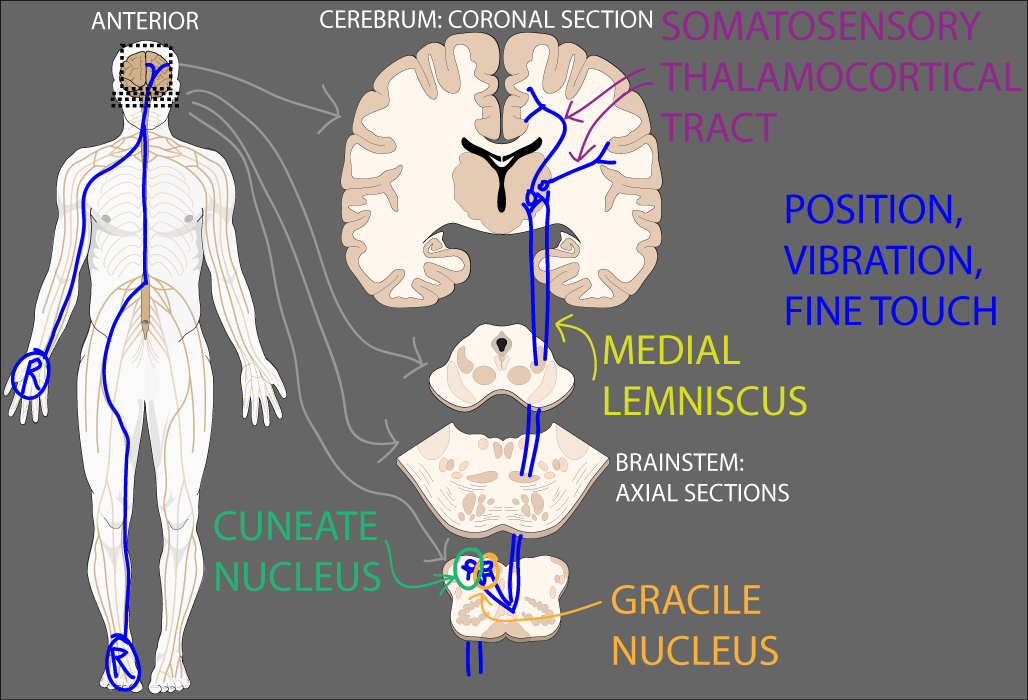