The nervous system can sense many aspects of the body and the environment. Each type of stimulus that can be sensed is detected by some type of receptor. Most types of sensory information is transmitted from the periphery of the body to the central nervous system via afferent axons in the peripheral nervous system. Vision occurs through the eyes, audition (hearing) occurs through the ears, olfaction (smell) occurs through the nose, and gustation (taste) occurs mostly through the mouth. There is a sense from the inner ear called vestibular sense, which involves head movements and the direction of gravity. There are multiple senses of the body, collectively called somatosensation. These include the senses of touch, position of body parts, vibration, pain, temperature, and others. Position sense is also called proprioception. Somatosensory stimuli are detected by receptors in the skin and deep tissues. Similar types of stimuli can be sensed in what are called viscera, such as organs and blood vessels. This is called viscerosensation. 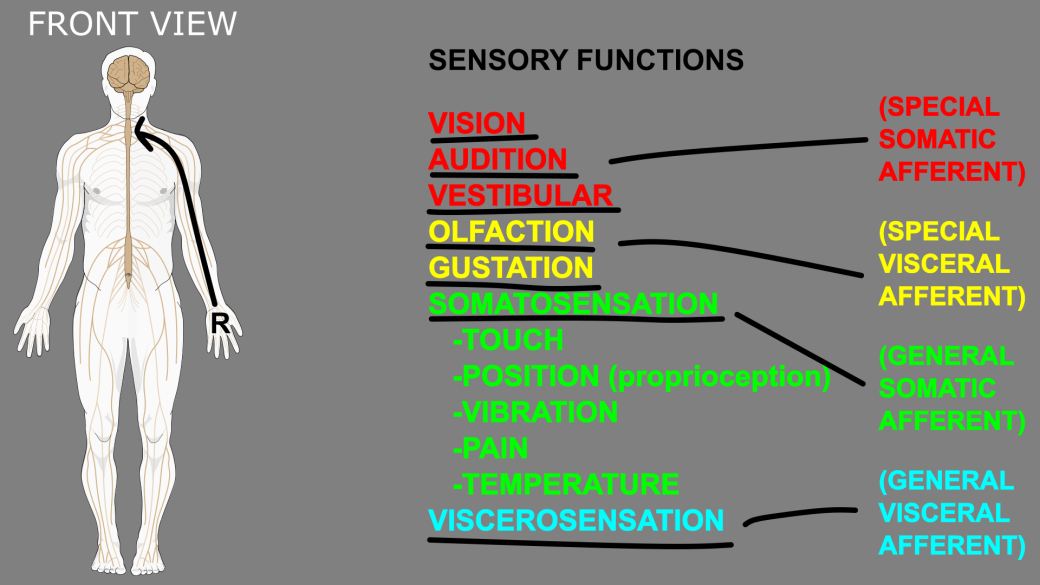 Most types of sensory information travels through chains of neurons to sensory areas of the cerebral cortex for conscious perception. Other types of sensory information are called unconscious because they are not consciously perceived. These tend to travel to parts of the central nervous system other than the cortex to contribute to other functions. For each sensory modality (type of sense) that is perceived, there is an area of cerebral cortex called primary sensory cortex, and areas of cortex called association sensory cortices. Primary sensory cortex is necessary to perceive simpler or more basic aspects of that type of stimulus. Association sensory cortices are necessary to perceive more complex aspects of that type of stimulus, or to combine different sensory modalities for higher level perceptions.

The term gnosis is used for the ability to perceive additional information about stimuli beyond the primary sensory modalities. This occurs in association sensory cortices. Dysfunction of these cortices may cause one or more types of agnosia (abnormal gnosis). For example, there is a type of visual agnosia called prosopagnosia, which is an inability to visually recognize familiar faces, despite being able to perceive more basic visual information such as shape or color. Anosognosia is a common agnosia involving an inability to perceive neurological deficits (loss of neural functions), such as weakness or sensory loss. Anosognosia often occurs with lesions of association cortex in the parietal lobe of the right cerebral hemisphere. 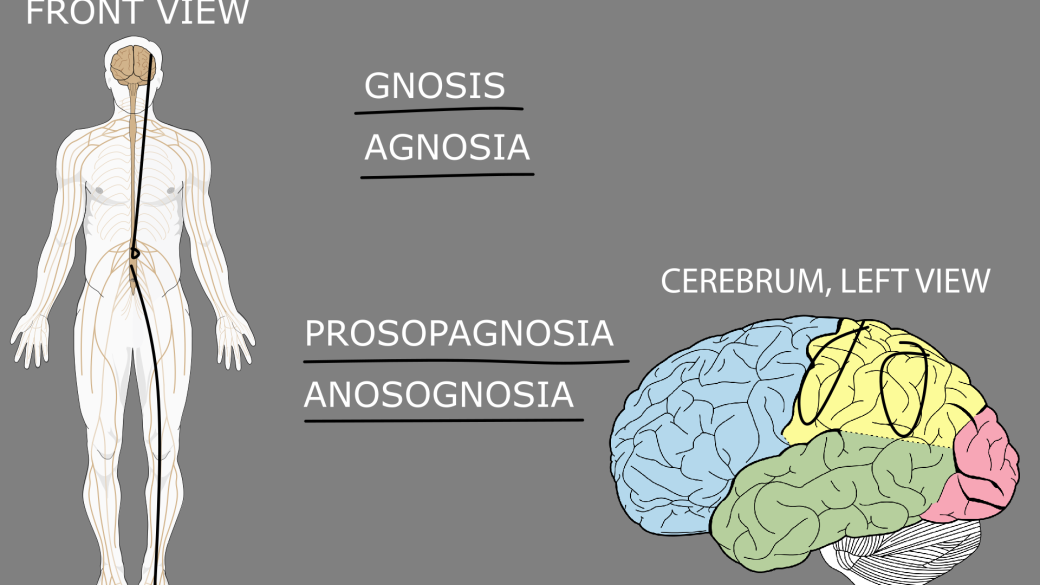