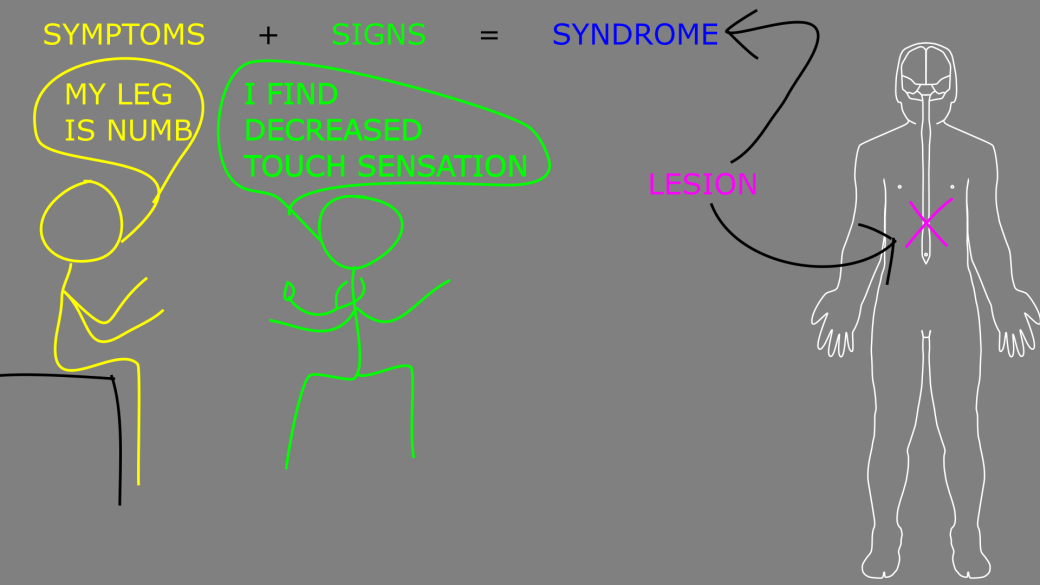 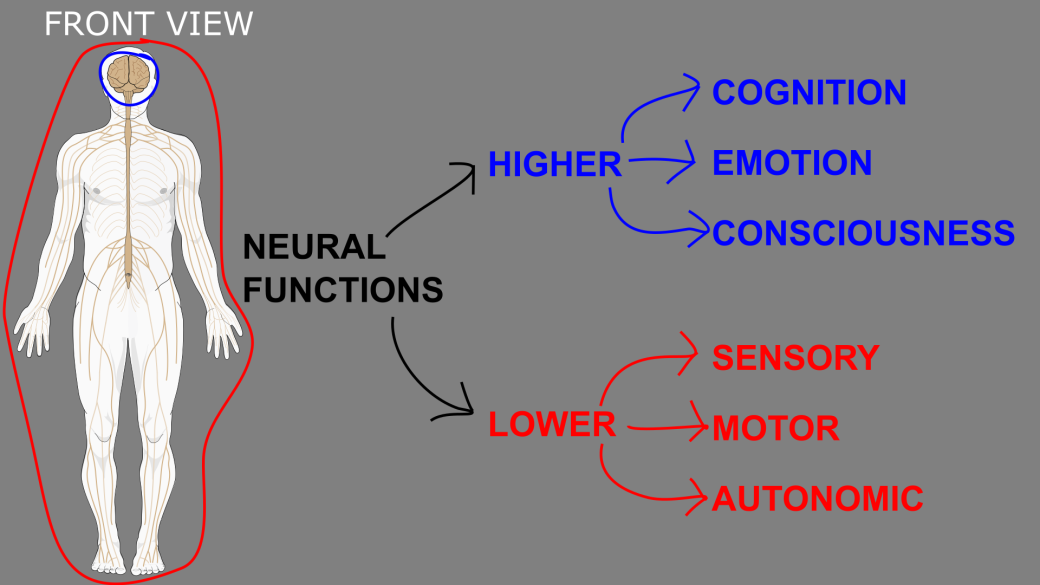 The lower, more basic, or more “physical” neural functions are carried out by many parts of both the central and peripheral nervous systems. The lower functions could be divided into groups called sensory, motor, and autonomic functions. The nervous system can sense many aspects of the body and the environment, and these sensory functions include vision, hearing, smell, taste, a sense from the inner ear called vestibular sense, and multiple senses of the body collectively called somatosensation, which include the senses of touch, position of body parts, vibration, pain, temperature, and others. The word motor in this context refers to control of skeletal muscle contraction for movement, tone, and posture. Skeletal muscle cells make up the main type of muscle tissue of the body, which is mostly attached to the bones of the skeleton allowing us to move. Autonomic functions of the nervous system usually do not require the involvement of consciousness (they are mostly “autonomous”), and involve the control of smooth muscle, cardiac muscle, and some gland cells. These cells are involved in important physical functions like circulation and digestion.

The higher, more complex, or more “mental” neural functions are mainly carried out by parts of the brain. These could be divided into groups called cognition, emotion, and consciousness. Cognition involves “thinking” types of activities, such as reasoning, learning, memory, language, and what are called the executive functions, which involve controlling the other cognitive functions and behavior to achieve goals. Emotions involve “feeling” types of activities, both positive and negative, which play a major role in a person’s experiences and behaviors. Consciousness involves having awareness of one’s identity and experiences, and having control of one’s behavior. The neurological examination, which is part of the physical examination performed by clinicians, assesses aspects of the neural functions at that moment in time.