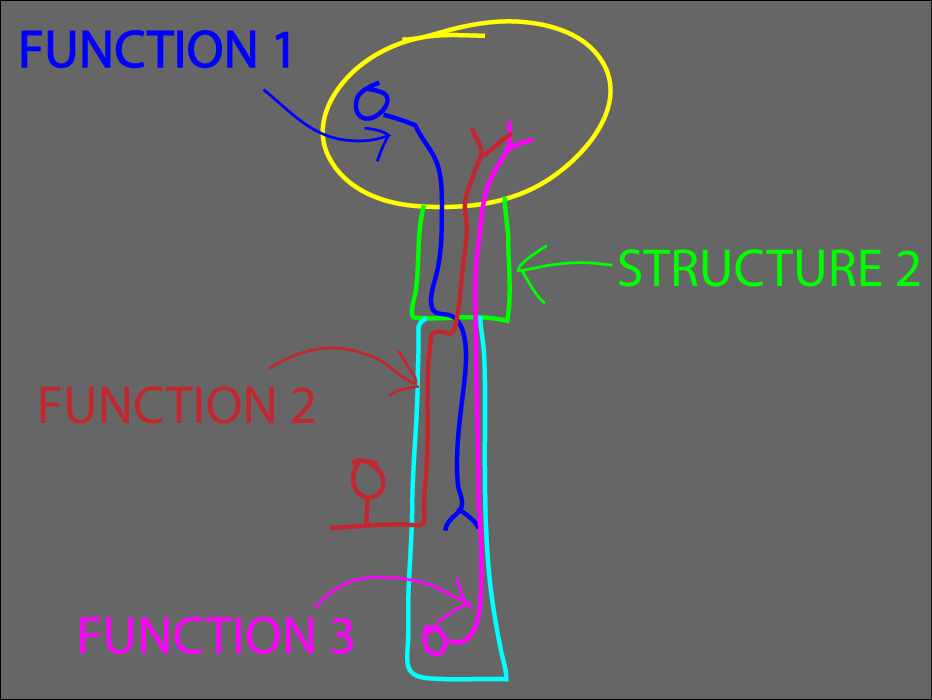 This unit will discuss neural functions that are commonly involved in neurological syndromes. For each function I will describe its pathway through the nervous system and the syndromes that may occur with abnormalities at different points. The next unit will discuss common neuroanatomical syndromes in more detail, and walk through how multiple functions may be affected by lesions (areas of abnormalities) in commonly affected neural structures.

Confusingly, there are often multiple terms used for the same neural structures or functions; I will usually use only one for brevity, but I will try to mention common synonyms when terms first arise.

Another common point of confusion is failure to distinguish the concepts of severity versus distribution of functional abnormalities, because partial lesions are more common than complete lesions of most neural pathways. For example, there may be a lesion that causes loss of touch sensation of the skin of one entire leg, but if only half of the axons of that pathway are affected by the lesion, there may still be half (severity) the normal amount of touch sensation in the entire leg (distribution), because the axons unaffected by the lesion will still be able to transmit this amount of information.