It is useful to consider the formation of the neuron resting potential in imaginary steps, but in reality they occur simultaneously. Imagine a neuron with no membrane potential and no concentration gradients for organic anions, potassium, sodium, chloride, or calcium. As the neuron creates and adds organic anions to the cytoplasm, their negative charges would cause a small membrane potential, perhaps around -5 mV. This would probably be insufficient for the neuron to function. Electrical and diffusion forces would both try to drive the organic anions out of the neuron, but because the membrane is highly impermeable to them no further change would occur. The other ions are able to cross the membrane through passive transport channels called leak, or leakage, channels, although the degree of membrane permeability through these channels varies between the ions. 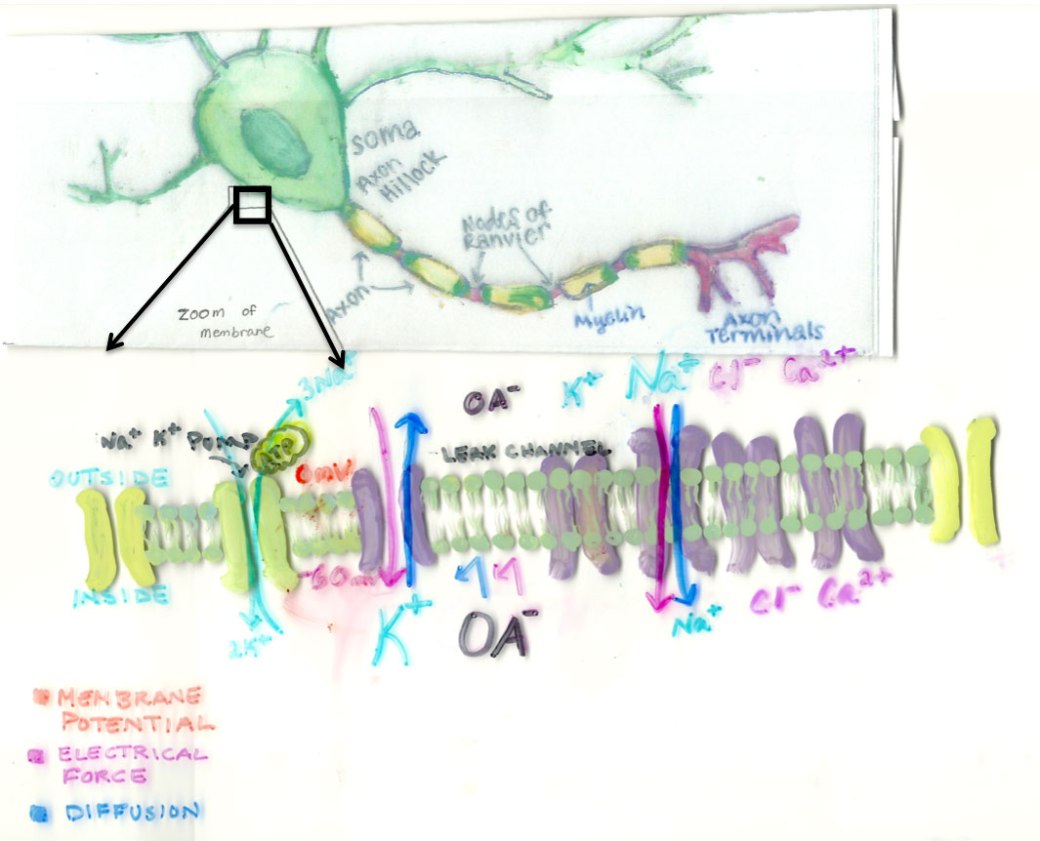 The resting membrane usually has an intermediate permeability to chloride, of around 45% compared to that of potassium. In contrast to potassium and sodium, where their concentration gradients mostly drive changes to the membrane potential, for chloride the electrical force from the membrane potential mostly drives formation of its concentration gradient. The membrane potential drives chloride out of the neuron until its diffusion force is large enough to balance the electrical force. The equilibrium potential of chloride, therefore, is usually near the resting potential of around -60 mV. Most neurons also have other active means of decreasing the intracellular concentration of chloride, the main one being the chloride-potassium symporter, which uses the diffusion force acting on potassium to drive chloride out of the neuron in exchange for allowing potassium to exit. Because of this, the equilibrium potential of chloride for most neurons is usually not at the resting potential of around -60 mV, but instead it is around -70 mV, which will cause some inward chloride flow leading to a minor change to the resting potential to a more negative value, although this is usually negligible.

Most neurons also have active means of decreasing the intracellular concentration of calcium, the main one being the sodium-calcium exchanger, which uses the electrical and diffusion forces acting on sodium to drive calcium out of the neuron in exchange for allowing sodium to enter. The equilibrium potential of calcium is therefore around +120 mV, but because the membrane permeability for calcium tends to be small it usually has little effect on the resting potential. While the concentration gradients of chloride and calcium tend to have little effect on the resting potential of most neurons, they play major roles in other aspects of neuron function discussed below. 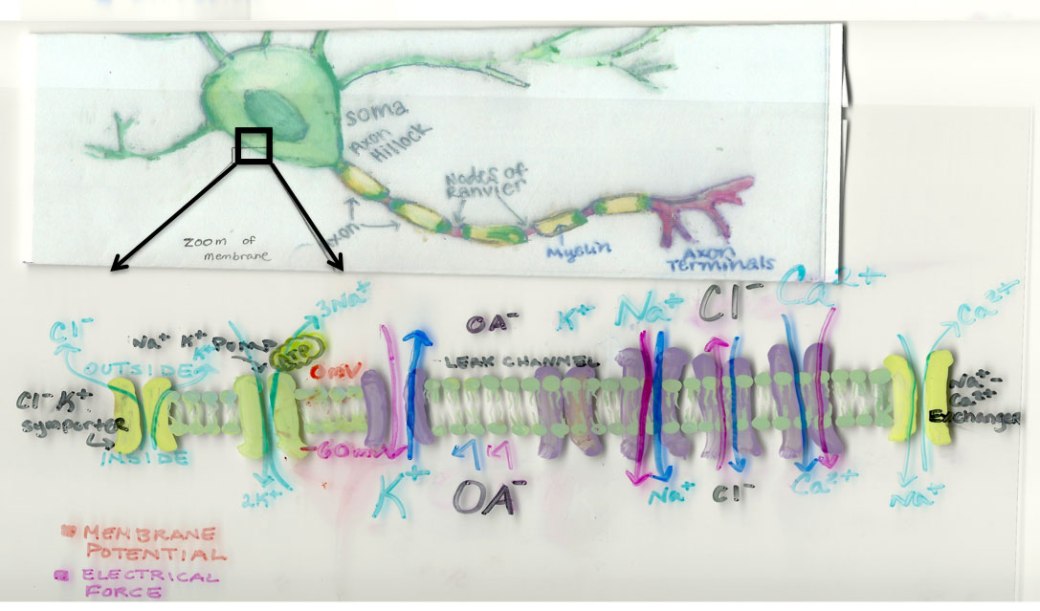