Astrocytes are glia of the central nervous system that are named from Greek words for star cells due to a resemblance to stars. Their structure consists of a soma and many highly-branched processes that end in structures called end feet.

Astrocytes perform many functions. First, they are the main scaffold or structural support of the central nervous system. 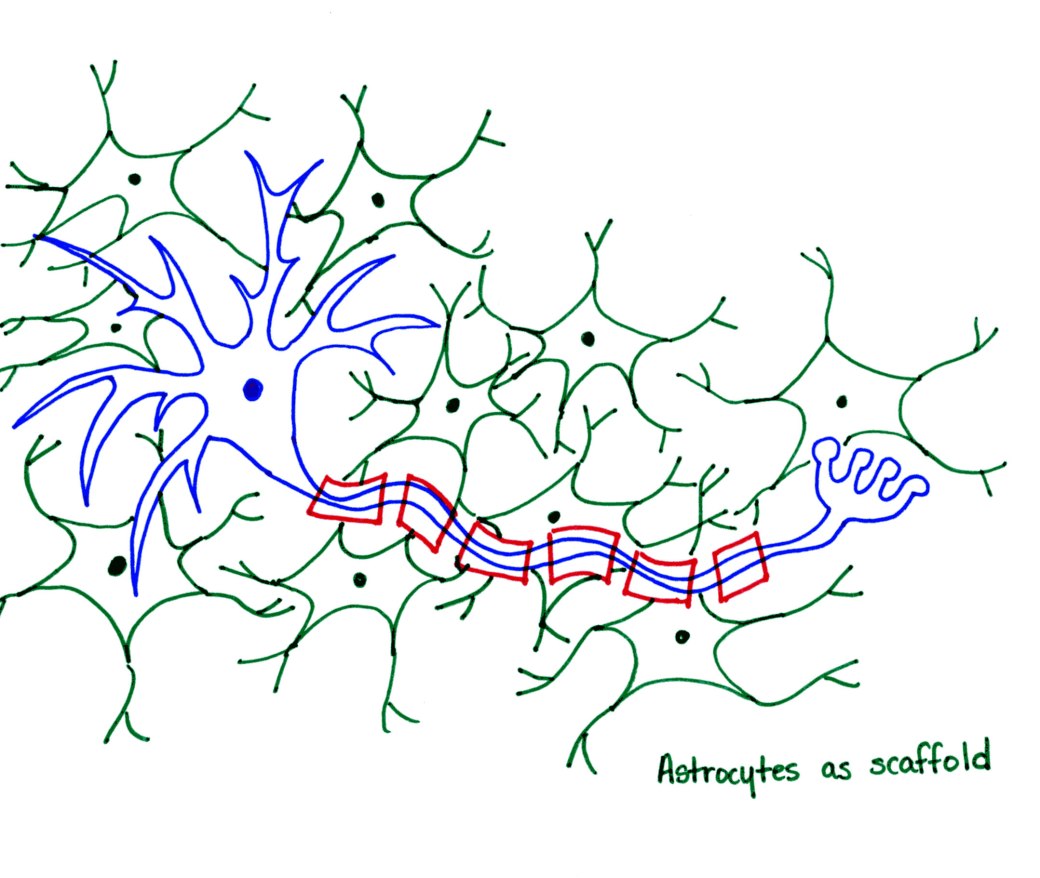 Second, after tissue injury, astrocytes proliferate (multiply), migrate (move) toward the injury, and hypertrophy (get bigger) by lengthening and thickening of the processes. This forms a type of scar tissue in and around the site of injury. This process is called gliosis, astrogliosis, astrocytosis, or reactive astrocytosis, and the scar tissue is called the glial scar, which provides structural support for the damaged tissue and may also function as a barrier.

Third, astrocytes play a major role in maintaining homeostasis (keeping things in balance) for components of the interstitial fluid (the fluid between cells). Neurons require many substances in the interstitial fluid, such as potassium ions, to be in narrow concentration ranges for proper function, so astrocytes rapidly absorb or release these things as needed.

Fourth, astrocytes provide energy to neurons when necessary. Neurons require a continuous supply of oxygen and glucose for the energy they need to function, and they have little internal energy stores. If the circulation is not providing sufficient oxygen and glucose, astrocytes may convert their internal energy stores of glycogen to lactate, which is then released for nearby neurons to use for energy. 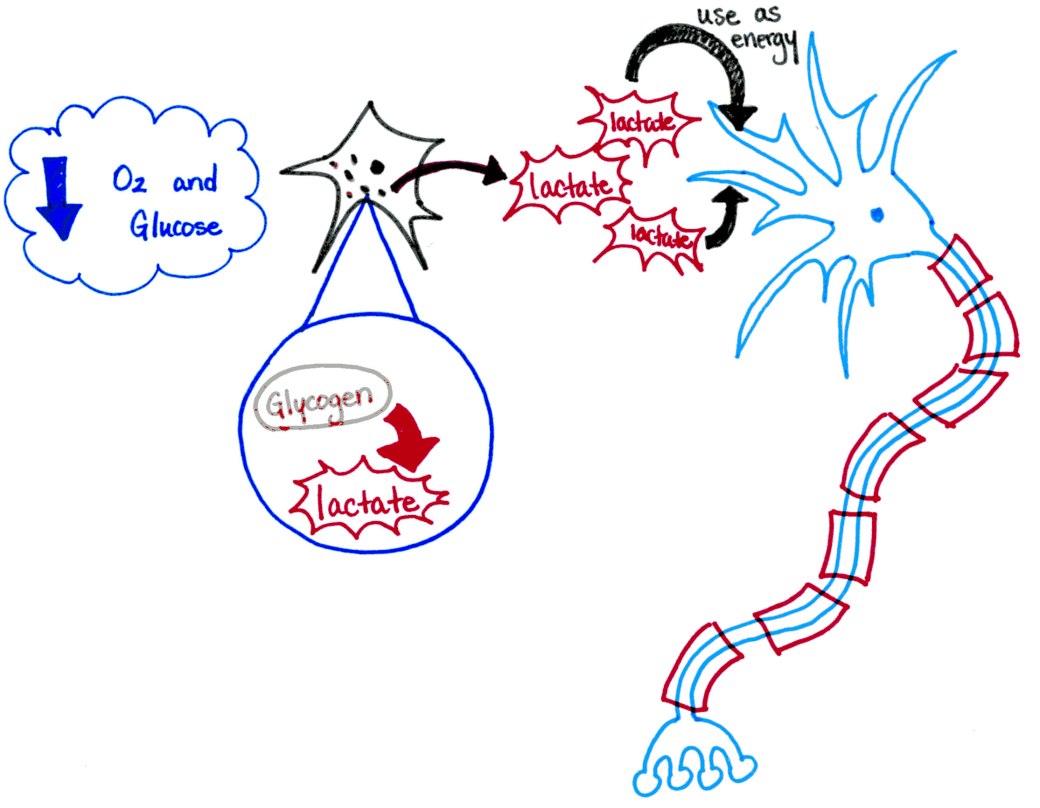 Fifth, astrocytes are a major part of the barrier between the bloodstream and the central nervous system, which is called the blood-brain barrier. Astrocyte end feet cover most capillaries in the central nervous system, and together the astrocytes and capillaries regulate which cells and large molecules are allowed to pass between the blood and the interstitial fluid.

Sixth, astrocyte end feet cover many synapses to remove neurotransmitters that have been released from neurons, which is important for synapse function.

In addition to these functions, astrocytes also appear to influence neurons and other glia, and vice versa, through exchange of a variety of substances.